All Donors Care About Impact 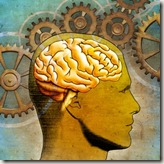 In my post on Tuesday, I discussed a study that seemed to suggest that donors are not interested in information about whether nonprofits are any good at what they do. My conclusion was that donors are interested in this sort of information, but only if it is presented in an engaging way. In other words, donors (like everyone else) are bored by statistics and metrics, so when they are asked about “charity rating systems” they say they are not interested, even though they do care whether the nonprofits they support are effective.

The post generate a couple of responses. Sasha Dichter, the director of business development at Acumen Fund, wrote:

“The other way to look at these numbers is to conclude that donors don’t believe that a rating scheme is going to work; that they don’t believe that such an approach is going to effectively inform them about how to make charitable decisions. (I happen to agree that it won’t, though that’s a post for another day.)  If that’s what’s really going on, then the right headline – much less catchy, and much less likely to be retweeted – would be: “Do donors believe that rating agencies are any good at their jobs?  No.”

There’s a lot of good stuff in both Sean’s and Nathanial’s posts, especially Sean’s point that we need to put as much effort into spreading ideas as we put into assessing impact.  But I also think we have to be careful.  I don’t think we advance the field of philanthropy and champion the cause of effective philanthropy by making and tearing down caricatures of philanthropists, and I think the blog post titles do just this.”

This response surprised me, because Sasha seems to think that I was being critical of donors in my post. But if Sasha thought that, then other people did too and I clearly didn’t make my point well. So to try to be crystal clear, any criticism in my post is directed towards the effective philanthropy movement (of which I’m a part) for not being savvy enough about spreading the idea of great philanthropy in ways that are sticky. It shouldn’t be surprising to us that donors say they are not interested in, and are unmoved by, metrics and statistics. We too frequently talk about effective philanthropy as if we’re encouraging people to eat their spinach. Great philanthropy isn’t a moral obligation that donors should feel like they need to struggle to get right. Effective philanthropy should be a hugely engaging, exciting activity.

The headline I chose, “Do Donors Care Whether Nonprofits Are Any Good?” wasn’t meant to provocatively suggest that I think they don’t. It was in response to the New Philanthropy Capital blog post titled “Do Enough Donors Care?” which I was commenting on. Oddly, Sasha seems to criticize the blog title for being designed to get people to actual read the post and share it with others. But of course that’s exactly what I’m arguing our field needs to do better and which Sasha says he agrees with.

Taking a different angle, Nathaniel Whittemore responded to with a post of post of his own titled “Do Donors Care About Impact? Not Really.”

“I believe that the further the apparatus of giving is from the person whose money is being used, the more likely to be interested in impact metrics a certain class of money will be. What I mean is that a group like the Ford Foundation has a mandate to address a particular set of issues. For them, their raison d’etre is their impact.

For your average personal donor, it’s something much different. Most people give because they feel a longing to be a part of something bigger than themselves…

The important thing to recognize here is not that people are un-interested in impact; it is to recognize that when people give with a desire to be part of a community, or reinforce their investment in friends, the emotional satisfaction they get from their gift — their personal impact, you could say  — is immediately gratified at the moment of giving…

The point is, it’s not that people are dumb, or ultimately only care about their warm fuzzy feelings. Most people that I’ve met genuinely believe in the causes they support, and believe they’re helping achieve change. It’s just that their "due diligence" is all about who brings them through the door and the community that surrounds them there, and they will trust that over more abstractions.”

I agree with Nathaniel that donors will never make donations based on “abstract,” statistical reviews. This was one of the points of my post. But I think there is an important nuance he is missing when he says that donors care more about being “a part of something bigger than themselves” than they do about having an impact.

The “warm fuzzy feelings” that humans feel when they make a donation or do anything to help other people is hardwired into how our brains operate. The warm, fuzzy feeling is triggered when we believe that we are helping someone else. This means that we are hardwired to seek impact in our giving. All “seeking impact” means is that we want our efforts to help to actually be helpful. If donors are consciously aware that their gift in fact will do nothing. For instance, if they are consciously aware that the gift they are making is to a fraudulent nonprofit, they certainly aren’t going to feel a “warm, fuzzy feeling”. Rather they are likely to feel sick to their stomach.

The problem faced by the movement to make philanthropy move effective, is that donors understandably judge nonprofits based on their personal experiences with the nonprofit and the recommendations of friends and family who are drawing on their personal experiences. But unlike normal consumer products, in which the “customer” both buys and uses the product, donors pay for the products and services produced by nonprofits, but they are then delivered to the nonprofit’s beneficiaries, not the donor. That means that donors are unable to judge whether a nonprofits products and services are any good and instead judge the nonprofit based on the effectiveness of its sales and marketing.

The dumb way to try to change this situation is to yell at donors that the way they are making donations is bad, urge them to override the way their brain is hardwired, to dismiss the warm, fuzzy feeling of giving and instead consult statistics and metrics when making gifts.

The smart way to try to change this situation is to make more effective ways of giving enticing, exciting and engaging. To recognize how humans are hardwired and to work with it instead of against it. To find new ways to trigger the warm, fuzzy feeling by bringing to market new approaches to giving which allow donors to help other people by taking actions that actually help.

Donors aren’t dumb. Donor’s aren’t doing philanthropy “wrong”. Donors are humans who take action in exactly the way that evolution has wired our brains to act. This isn’t a bad thing. This is reality.

Kiva.org is showing us that donors are willing to take radical new actions when they give. They are willing to not only reorient the beneficiaries they support, but to completely change the very essence of the transaction. But Kiva has been able to pull this off by working with the way the human brain works rather then against it.