This is a guest post by Wendy Harman, Director of Social Media for the American Red Cross. 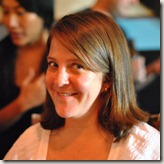 Sean’s note: After watching the Red Cross’s perfect handling of a social media faux pas by one of their employees, I asked Wendy to write a guest post explaining how they approached the situation. It seems to me that so many social sector organizations worry about ways social media can hurt them and I’m impressed by the way the Red Cross just demonstrated that the real issue isn’t about technology, but about the attitudes of the people using it.

Late last Tuesday night, a small slip of a finger caused a mistweet from @RedCross. Several hundred followers of the American Red Cross Twitter account who were awake at the time immediately responded – some with wonder and laughter and others with concern.

I was not awake. My ringing phone woke me a little after midnight.  I didn’t answer but did wake up and see my blackberry had “blown up” with emails and Twitter DMs. The phone call was from Jackie Mitchell, head of Communications and Marketing at our Chicago chapter, and she had been alerted about the mistweet from @PRSarahEvans.

I deleted the mistweet and then began texting with Jackie:

So, I published Jackie’s pitch-perfect idea, and then watched and responded until 4am as thousands of tweeters continued to react to this silly mistake. By morning, it was clear that the public was standing behind us, saw the humor, and embraced our response. I posted the whole story to our corporate blog once I got to work on Wednesday morning, and the rest is history – it was already a viral story and many people actually found the mistake and response charming enough to pledge donations to the Red Cross because of it.

Before Tuesday evening I had been a casual fan of the mistweet. I’ll admit it – I have found it hilarious when stuffy corporations and Congressmen make this mistake.  I’ve watched a handful of them and each time their stuffy response seems to fan the flame of humiliation. So, I knew the stuffy answer wasn’t the right answer.

Prior to taking this job I was a plain old member of the blogging community (that’s all we had then), so I try to always put myself back in the shoes of the social community as I go about my duties. If I were outside of the organization, I’d find this gaffe hilarious, not because I wish harm on the Red Cross or because I think their services were hindered, but for the same reason I might chuckle if a friend trips on a crack in the sidewalk. It’s unexpected and therefore fundamentally funny to see a normally quite serious humanitarian organization tweet about craft beer using the lyrics to a popular song.  So, my immediate thought when I saw our mistweet was to address it with an equally unexpected reaction – lighthearted humor and acknowledgement.  After all, this wasn’t a purposeful message gone wrong and it wasn’t about the mission of our organization. Our Twitter account just tripped on the sidewalk, and instead of throwing a temper tantrum about tripping, we acted like any self-aware person would: we dusted ourselves off, looked around to acknowledge the trip with those who caught it, and had a chuckle with them. Our response to the mistweet assured those initially concerned that we were not injured – i.e. that nothing had changed about our ability to continue as the premier humanitarian organization we are – and that it was ok to laugh at this anomaly and maybe even identify with and empathize with our humanity a little bit more than before.

Every time I see a nonprofit or company using social tools, my brain reminds me that there’s no such being as nonprofits and companies – there’s only a network of people doing work under the same name with the same goals. Social media belongs to real humans doing a very human activity – connecting with one another over shared interests. We’re honored that our mission can serve as a shared interest and that our community allows us to be part of their conversations and activities.  In turn, our goal as an entity is to provide value and to empower people to get help and give help with these tools.