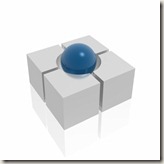 In the past, I’ve written critiques of strategic philanthropy and advanced the idea that an investment approach is more likely to achieve success. But my post yesterday was meant to clear a much lower bar. I’m simply trying to establish a consensus that there exists a legitimate alternative to strategic philanthropy that is distinct in its approach.

My post yesterday was probably the most read post I’ve written in some time. It raced around Twitter and attracted comments from a number of leaders in the field. It was probably the comment from Paul Brest, president of the Hewlett Foundation and a champion of strategic philanthropy viewed alongside the comment from Paul Shoemaker, a leader of Social Venture Partners, a champion of an investment approach to philanthropy, that best illustrates the deep divide and validates the distinctiveness of the two styles.

Paul Shoemaker: “There is a whole lot about your article that SVP would agree with verbatim, Sean…”

I would argue that there are four core approaches to philanthropy. Each is executing something quite different and recognizing this distinction is critical to their success.

Charitable Giving seeks to buy nonprofit program execution that will accrue to beneficiaries. It is classic “buyer” behavior as defined by George Overholser is Building is Not Buying. The Charitable Giver is concerned primarily with the value of the programmatic execution relative to grant size and cares little about the nonprofit enterprise for its own sake.

Philanthropic Investment seeks to invest resources into nonprofit enterprises in order to increase their ability to deliver programmatic execution. It is classic “builder” behavior as defined in Building is Not Buying. The Philanthropic Investor, like a for-profit investor, is primarily focused on the longer term increase and improvement in programmatic execution relative to grant size.

Strategic Philanthropy seeks to buy nonprofit goods and services in a way that aligns with a theory of change defined by the strategic philanthropist. It too is “buyer” behavior, but the funder is primarily concerned with the degree to which the net result of the programmatic execution across their grantees advances the solution that they believe is most likely to solve the problem they seek to address.

Social Entrepreneurism seeks to directly execute programs that align with a theory of change, defined by themselves. They are the enterprise with which the other approaches engage. They are primarily concerned with the net social impact that is a result of their programs.

The Charitable Giver and Philanthropic Investor both transact with the enterprise, but do not seek to be the agent of change themselves.

Now none of this is to say that each person must select one and only one approach. Many Social Entrepreneurs are also Charitable Givers, just as in the for-profit world business owners are also customers of other businesses. A Strategic Philanthropist may make philanthropic investments in Social Entrepreneurs either as an element of their strategic plan or as a separate standalone activity.

The point is not to maintain purity of approach, but to establish a frame of reference. If you are a Charitable Giver, it makes no sense to concern yourself at all with how much the CEO of a nonprofit you are buying program execution from gets paid any more than buyers of coffee from Starbucks give consideration to the salary of Starbucks’ CEO. The Charitable Giver should simply consider the value of the program execution relative to grant size and not the organizational attributes of the enterprise.

The Philanthropic Investor on the other hand cares deeply about the organizational attributes of their grantees, because it is the health and growth of the enterprise that they seek to support. The Strategic Philanthropist, like the Charitable Giver, is also transacting as a “buyer”. But as an outsourcer of program execution, they must care about the Social Entrepreneur’s ability to deliver that execution with fidelity in an ongoing manner.

Now I’m sure my definitions above are flawed. I’m sure I’ve missed elements of this puzzle or mixed them up. But my hope is that they can begin to delineate the distinctive goals and responsibilities of the various actors that make up the social sector. It is a messy world and no simply model will perfectly depict it. But by having internally consistent frames of reference, we can have a much more robust conversation about how to best practice the philanthropic art because the answer to that question is very, very different for each of the actors I’ve described.