The Philanthropy Compass Version One

First, a thank you to the many readers who engaged with me on the Philanthropy Compass concept. Your feedback helped to greatly refine the intellectual underpinnings of the idea.

Now I’m going to take a first stab at what a Philanthropy Compass might look like. We can keep hashing this out and then I’d like to take a shot at building a questionnaire meant to locate donors on the compass. 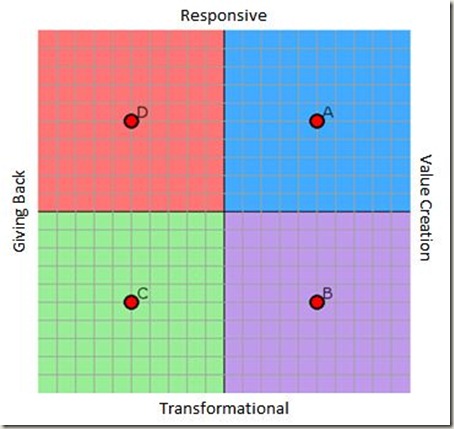 The left-right axis is built around the idea that philanthropy’s role in relation to the economy is either:

The up-down axis is built around the idea that philanthropy’s role in relation to the social system is either:

I’ll offer a narrative description of the quadrants A-D, but first I’d like to hear any push back from readers, refinements or suggestions.