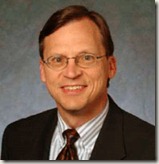 The Corporation for National and Community Service announced today that they have named Paul Carttar as director of the Social Innovation Fund. To my surprise and great honor, Paul called me yesterday to say that he and his team have been reading my commentary on the Fund here at Tactical Philanthropy and to fill me in on his plans as the new leader. Paul noted specifically that he has appreciated the wide range of voices given a platform here at Tactical Philanthropy, so an extra thank you goes out to all of you who have written guest posts and left comments about the Fund.

So who is Paul Carttar? Paul co-founded The Bridgespan Group in 1999, and subsequently worked for New Profit, Inc., The Monitor Group, and the Ewing Marion Kauffman Foundation.

You can get a sense for the way he thinks in an article he co-authored for the Stanford Social Innovation Review titled “Zeroing in on Impact”. You can see him in person in this video interview he did with Nathaniel Whittemore of the Social Entrepreneurship blog at the Skoll World Forum last year.

My interest in the Social Innovation Fund has largely focused on the role the Fund can play in changing the way that philanthropic capital is allocated in the US. While most charitable donations are distributed almost randomly based on personal connections and effective fundraising appeals, the Fund is using an evidence-based approach in an attempt to channel philanthropic capital to top performing nonprofits.

While some people have wondered why a Fund that has a budget of $50 million can have such a big impact. I’ve argued that the Fund provides a set of carrots and sticks to help influence other foundations to funnel money to top performing nonprofits and that the whole exercise helps model a more effective approach to giving with the stamp of the White House legitimizing the concept.

But at various times since the Fund was created, government officials have made comments that are seriously at odds with my view of the Fund. For instance when launching the Fund, president Obama said that his domestic-policy adviser Melody Barnes and members of the very small Office of Social Innovation would “fan out to every region in the country to search for grant candidates.”

I was frankly horrified by this comment because it implied that the main goal of the fund was simply to provide additional funding to great nonprofits. So I was greatly relieved when during my conversation with Paul he emphatically said:

“The goal of the Fund is not just to fund great organizations. What this is really all about is changing how capital is allocated in the philanthropic sector.”

To accomplish this goal, Paul talked to me about the way he intends to use the “learning communities” that the Serve America Act calls on the Fund to create to help spur the creation of a marketplace to connect smart funders and great nonprofits. While philanthropic “marketplaces” are a trendy concept and something that has been attempted in many online formats, the Fund has the opportunity to act as a “market maker” who can inject $50 million+ per year into such a market to create the transactional volume that will draw others to participate.

One of my key questions to Paul was whether the applications to the Fund will be made public. While the Fund expects to only make grants to 5-10 intermediary grantmakers, they have received over 200 letters of intent from funders who plan to apply. These documents are rare and precious insights into the rigor (or lack thereof?) of some of the countries smartest, most cutting edge grantmakers. While Paul was unwilling to commit to making the applications public (he cited legitimate concerns about the grantmakers’ privacy) he did explicitly say “How we leverage this universe of applicants is a key question because they are a real asset.”

In other words, Paul believes that the fundamental issue on which the Fund can move the needle is improving the way in which philanthropic capital is allocated in our country. And that issue, is what Tactical Philanthropy is all about.