This is a guest post from Greg Ulrich, project lead on the Money For Good report from Hope Consulting. 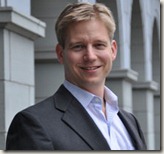 There’s been some terrific discussion here on Tactical Philanthropy in recent weeks about the results of our Money for Good study. Sean and others have been particularly focused on the central question of how, and whether, more giving can be directed to the highest performing nonprofits.

We thought it was appropriate to weigh in directly on the debate and on some other important findings from our study. We thank Sean for giving us the chance to do so. This is the first of three related posts we’ll have on this site in the coming days.

Specifically on the question of improving the quality of giving, the common perception seems to be that donors don’t give to the highest performing organizations because they lack the information that will allow them to do so. While this is certainly a barrier, our research suggests that better information alone isn’t going to move the dial on this issue.

To quickly recap our research (you can find the full Money for Good report, including our methodology and more detail on these findings at www.hopeconsulting.us), we found that:

All told, only 3-4% of donors do research on nonprofit performance in order to give to the highest performing organization.

While that picture is discouraging to many, it isn’t necessarily new news. For many the more interesting question is why donors don’t research more. Our research points to three key reasons.

First, donors say that the nonprofits to which they donate perform very well. While people may think that nonprofits overall are relatively ineffective, most donors feel that their chosen organizations are doing a great job. (You can think of this as a derivative of the fact that all parents believe that their children are above average.)

This belief means that there is no “burning platform” to motivate people to research. As we heard in our focus groups: “I only give to good organizations. Why would I research?”

Second, maximizing the impact of their donation is not why the majority of donors give. We analyzed how donors make their charitable gifts. Specifically, we looked into the importance of 15 drivers of their giving, including, “This organization is better than others at addressing social issues”. This driver came in 8th of 15 in terms of its importance – in other words, it’s not a significant factor driving donor behavior. Taking this a step further, our research also showed that there are six different behavioral segments of donors, and that giving to the best organization is only somewhat important to one of them (which we termed the “High Impact” segment). Unfortunately, “High Impact” donors make only 12% of total individual donations each year.

Third, donors are loyal. Of all of the donations made each year, only about 15% are available to move from one organization to another. The other 85% will go to the same organization next year. People are more loyal in their giving than they are for most other categories of spending.

The tide is certainly turning, and we believe that more donors care about nonprofit performance today than did 15 years ago. And we think that this trend will continue. But at the same time it’s critical to understand that this growth is coming off of a very small base. The fact that individuals that are focused on high performance may be louder than others does not mean that there are more of them.

Getting donors to change their behavior is an uphill battle. There are few carrots and even fewer sticks that can be used to influence a person’s charitable giving. Given that most people don’t want to research, and those that do spend little time doing it, we worry that elaborate systems to measure nonprofit effectiveness won’t have the impact people desire. Building that system won’t necessarily change the behaviors of most donors.

To be successful, we believe that efforts here will need to accommodate donor needs and behaviors, not try to change them dramatically. Our next post will outline some ideas that we think have the best chance to improve the quality of giving in the United States.