Why Every Social Entrepreneur Should Be Paying Attention to SKS & Unitus

This is a guest post from Tim Ogden. Tim is Editor-in-Chief of Philanthropy Action, a journal for donors, and Executive Partner of Sona Partners, a thought-leadership communications firm. Follow him on Twitter: @philaction and @timothyogden. 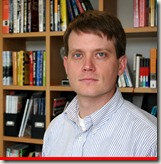 Today, the world’s second microfinance IPO happened: SKS shares went on the market in India. All expectations are for a highly successful IPO similar to the blockbuster IPO of Compartamos in Mexico two years ago. Strangely tied into the SKS IPO is the demise of Unitus, a non-profit founded to help MFIs improve operations, grow faster and attract commercial capital. A few weeks ago, the board of Unitus declared “Mission Accomplished,“ announced it would be laying off its staff and examining a future direction for the organization focused on other poverty interventions. Unitus was a significant donor to and investor in SKS with both charitable and for-profit dollars.

The SKS IPO has produced largely the same rhetoric as the Compartamos IPO: Mohammed Yunus complains about profiting from the poor while polishing his halo and a few other experts point out that meeting the financial needs of the global poor requires access to commercial capital markets.

But that discussion is well worn and a distraction from the real issues that are raised by the SKS IPO and the Unitus shutdown. In the two organizations we are for the first time, I believe, seeing what the endgame for social entrepreneurship can look like.

Both SKS and Unitus majored on social entrepreneurship language: they explicitly targeted using commercial capital to meet social goals. This is somewhat distinct from Compartamos, whose founders tended to speak about pursuing commercial goals for their own sake, not primarily as a means to a social end. Just as important both organizations used the standard social entrepreneurship playbook, founding a nonprofit organization and funding themselves initially at least with charitable donations.

These charitable donations into the risky venture of microfinance have succeeded by most reasonable measures. SKS makes quality financial services available to a huge number of clients, while charging very reasonable interest rates given the cost of serving the clients it targets. Unitus was one of the first organizations to invest in MFIs to help them access commercial capital and to evangelize microfinance investments to the commercial capital markets. As the Unitus board noted in the announcement of its shutdown, a huge amount of commercial capital is now flowing to microfinance, some would argue too much.

That success in turn, as contemplated in the dreams of social entrepreneurs, has made it possible for the founders of Unitus and SKS to do well because they did good. But that’s where the story begins to get murky. That murkiness is based in a number of transactions that were necessary for SKS to take commercial capital and for Unitus to prove the commercial capital model. Along the way, the clients who owned 40 percent of SKS, have had their share diluted without it being clear exactly how they will benefit. Unitus, the non-profit, spun off the Unitus Equity Fund, a for-profit private equity fund, and seems to have given the for-profit some share of its investment in SKS. Members of the Unitus board who approved the creation of the for-profit fund spun out of the non-profit are almost certainly (though its difficult to determine for sure) investors in the Unitus Equity Fund who now stand to benefit from the SKS IPO.

Adding significantly to the murkiness is the strange tale of the Unitus shutdown. Seemingly announced in a way as to minimize attention, the story has gotten very convoluted. Apparently most donors and staff were utterly surprised by the move. The chairman of the Unitus board issued a statement trying to answer some of the very reasonable questions; several of his answers were almost immediately refuted by reporting done by Clay Holtzmann of the Puget Sound Business Journal.

That brings us to some big questions, that to date, many social entrepreneurs have been able to ignore. While we were all talking in theory about social entrepreneurship and using market mechanisms for social ends, and bringing capital and scale to poverty alleviation and other worthy goals, we could blithely ignore some thorny issues. After all, why worry about about the “doing well” part when no one had yet “done well?“ It’s happening now, though, and that’s why social entrepreneurs, their funders and policy makers need to be paying attention.

The three big questions that haven’t yet been answered in the SKS/Unitus situation are relevant to everyone in the space:

1) Who ultimately does well here?

2) What role did nonprofit funds have in enabling the people doing well to do so very very well?

3) And the biggest question of all: What responsibility do the people who took charitable funds have once they start personally doing well?

The social entrepreneurship space is still the wild west—everyone is making it up as they go along. I suspect that is going to change as the details about SKS and Unitus slowly trickle out.

To help you follow along, I’ve created this round-up of articles about the two organizations: A Guide to the Unitus/SKS Story.