External vs Internal Leverage in Philanthropy

People in philanthropy love to talk about using “leverage”. Leverage refers to finding ways to make actions create bigger results. The word leverage comes from the word lever, a simple mechanical tool that allows a force applied at one end to be magnified at the other end.

In their excellent report What’s Next for Philanthropy, the Monitor Institute argues that philanthropy needs to “act bigger”, which I find to be a far more evocative phrase than simple seeking leverage.

Internal leverage are steps taken to increase the targeted impact of a grantmakers own grants. One example would be the practice of venture philanthropy, where the funder provides significant non-monetary support to their grantees.

External leverage are steps taken to increase system wide impact through influencing others. One example might be GiveWell, which publishes detailed analysis of nonprofits and recommends a select few organizations with the hope that other donors/funders will support these organizations.

A critical distinction between the two approaches is the degree to which the results of the leverage can be measured. Because internal leverage hopes to enhance the impact of targeted activities, a donor can strive to understand how their efforts to use leverage improved results beyond what would have happened if they had simply made a grant. While measuring results of any kind is often difficult, internal leverage simply tries to create more/bigger results of the same kind that are sought by a non-leveraged grant.

External leverage on the other hand adds fuels to all sorts of fires in ways that might be unknowable. GiveWell, for instance, tries hard to track how much money is influenced by their work. For example, they ask donors to tell their recommended nonprofits if they make a grant based on their research. But not only is it certain that GiveWell is influencing grants that they never hear about, GiveWell is also creating impact through helping change the way people think about giving.

The Monitor report makes another very important point. It argues that philanthropy must get comfortable with the “creative tensions” that exist between different types of valid goals.

If external leverage truly is more powerful than internal leverage, then philanthropy might need to get comfortable with the creative tension between measuring impact and maximizing impact. 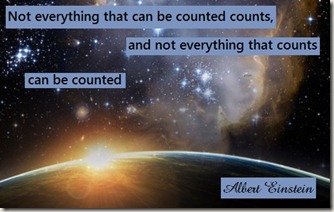