A Different Kind of Philanthropy 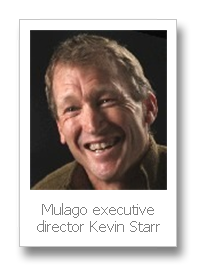 But this sort of foundation exists. And it is thriving.

“Unrestricted funding is the most useful for the organization and the most leveraged for the donor. If we don’t think they know how to use the money better than we do, we shouldn’t give them any.”

They provide continued funding for increasing returns. “We don’t abandon a good thing. If we continue to see real impact and clear progress toward scale, we stay in the game.”

“We don’t take proposals. Proposals are a hassle for all concerned and rarely give us the information we need. We use an extensive network to feed us organizations that meet our very specific criteria. Us finding them rather than them asking us makes for a healthier relationship that is more productive and more fun.”

“The last thing we want is to waste the time and energy of those who are trying to save the world… We gather the specific information that we need. The due diligence documents we require are things that organizations should already have on hand, including a business or strategic plan, financials, organization chart, top-five donor list, and board attendance.”

This isn’t suppose to be the way foundations work.

From the Wall Street Journal:

“[Buffett] makes swift investment decisions, steers clear of meetings and advisers, eschews set procedures and doesn’t require frequent reports from managers… He seldom holds meetings. "There isn’t much going on here," he says of his office on a typical day… [His company] headquarters is staffed by just 17 employees… Berkshire headquarters, occupies a single floor of a nondescript office building…

Mr. Buffett believes that managers of [his] companies ought to be left to run their businesses without interference from him, and without having to hew to any unifying corporate strategies or goals. "We delegate to the point of abdication," Mr. Buffett says…Mr. Buffett tells the chiefs of his business units not to produce any special reports for him…He keeps no calculator on his desk, preferring to do most calculations in his head. "I deplore false precision in math," he says, explaining that he does not need exact numbers for most investment decisions… Mr. Buffett tends to stick to investments for the long haul, even when the going gets bumpy… "If you don’t make mistakes, you can’t make decisions," Mr. Buffett says."

But today, the definition of effective philanthropy has become “strategic philanthropy” where the foundation is expected to devise ways to solve problems and select grant recipients who can best carry out the approach the foundation thinks will work best.

There is another way. The Mulago Foundation is practicing a form of philanthropy that is desperately needed. It is a fundamental departure from the conventional wisdom of what good philanthropy is suppose to be about. But I think it is very likely that an approach that prioritizes picking great nonprofit organizations and backing them is likely to be a lot more effective.

And gosh darn it, it looks like a lot more fun.