This is a guest post by Tom Ralser. Tom is a principal of Convergent Nonprofit Solutions, which focuses on “outcome driven” fundraising and the author of ROI for Nonprofits.

(Sean: I invited Tom to write this post because while I believe that donors want to support effective nonprofits, there is evidence that they respond better to emotional fundraising appeals rather than results driven appeals. 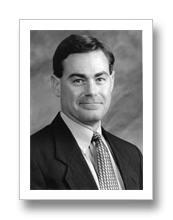 I love academic studies. I love some old-school ways of doing things. What I love the most is what works.

When I sent Sean a copy of The Traditional Fundraisers Coloring Book, a tongue-in-cheek look at how most fundraisers conduct capital campaigns, he replied that although he is certainly in favor of a more rational approach for funding to flow to deserving nonprofits, he respected the evidence that supported the contrary view that “donors react best to emotional pitches.”

I understand that emotional appeals work, and they have been honed to a fine edge by fundraisers for years. There is an entire industry built around it, complete with its own dogma, trade associations, and publications. To be completely honest, I have never seen a dollar raised because of numbers on a page. When given the choice between a page of statistics and a picture of a starving child staring you in the face, the emotional appeal will win almost every time. To have a real discussion about this, though, we need to move beyond a one dimensional and mutually exclusive playing field.

When I get requests for an Organizational Value Proposition™, an ROI analysis, or some other version of quantitative crunching from a nonprofit, my first question is “What do you hope to do with it?” No matter how good or compelling the analysis, unless effective communication and sound fundraising techniques are used in conjunction with these magical numbers, they do no good. Conversely, a solely emotional appeal also has its limitations, namely that they are less effective than they used to be, often result in lower investment amounts, and do not do well in corporate “asks.”

The best toolbox contains both emotional and ROI/outcome-based approaches. Being in the funding business, I prefer to hit on all cylinders, or to use another cliché, use the right tool for the right job. Often the emotional connection is the entre to the “ask,” but the justification for larger dollars is accomplished by a more rational value proposition.

In the Rokia study mentioned by Sean, the fact that a statistical ingredient (distraction may be a better word) led to less giving is not at all surprising. Although somewhat antiseptic and not reflective of a real world fundraising situation (they were giving away $5 or less of newly received money, they did not have a connection with the cause to begin with, they were not approached by a professional with a strong value proposition in hand, only general statistics were presented, etc.), I am sure it is a very fine clinical study. It’s the translation of that study into a real world, in the trenches fundraising situation where the conclusions of that study wear thin. Give me those same subjects and realistic conditions in a true fundraising situation, and I can almost guarantee I will be able to get larger investments with a non-emotional appeal.

An analogy may help frame the debate. Buying an automobile is often considered an emotional event, and one that Madison Avenue has spent much time refining. Some people will buy for the image portrayed in the commercials. Some will buy for the color. Some will buy because it is “cute.” Some will even buy for the smell. There is a large segment, though, that buys for the numbers: horsepower, zero to 60 times, and miles per gallon. These are cold, hard, non-emotional numbers that often make the difference between parting with your money or not. . . just like fundraising.

For a real-time fundraising example, this month we will be finishing a campaign for a local chapter of a national youth organization. We went over 40 percent over goal in an eleven month campaign, raising almost $2 million. The campaign was based entirely on a value proposition/ROI approach. Did we have pictures of children in our campaign collateral? Yes. Is this what got several $200,000 plus investments? No. Every one of the dozen or so campaigns we are now engaged in uses an ROI approach, some almost exclusively.

I think the discussion may be more instructive if it heads toward what numbers are used, how they are related to the specific prospect, and how close they dare to tread toward the “What’s in it for me?” end of the spectrum. At the end of the day, when I am charged with raising several million dollars in 12 months or less, I am going to use the most effective means available, and an outcome-based approach is the hands down choice.