Nonprofits Are A Job Creation Engine

This is my most recent column for the Chronicle of Philanthropy. You will find a full archive of my columns here.

In the Down Economy, Let’s Not Ignore the Value of Creating Nonprofit Jobs

By Sean Stannard-Stockton | Chronicle of Philanthropy 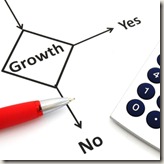 Carlos Slim, the Mexican businessman who is the richest person in the world, recently derided his fellow billionaires’ “Giving Pledge,” saying that charity does not solve anything. Instead, Mr. Slim said that increasing the number of jobs in the economy is the only path to ending poverty. Mr. Slim’s comments show a stark ignorance of the important role that nonprofit groups play in creating jobs.

While the role of business in promoting social change is now attracting the spotlight, it is equally important that our society recognize the financial value created by nonprofits.

The nonprofit world collectively generates $1.9-trillion in revenue each year, which means that nonprofit organizations represent roughly 13 percent of the United States economy.

Nonprofits are businesses. They simply receive preferential tax treatment due to their commitment to reinvest all financial surpluses back into their organization and to operate in service of a charitable mission. Like all businesses, nonprofits employ people.

A lot of people.

Nonprofits are responsible for employing one out of 10 American workers. It should be of particular interest to Mr. Slim that at least in the United States, nonprofits have been responsible for a faster rate of job creation than their for-profit counterparts.

According to research from John Hopkins University, nonprofit employment grew by 2.4 percent a year from 1990 to 2006, while for-profit businesses increased the size of their work forces by just 1 percent a year.

During the recessions of 1990-91 and 2001-02, nonprofits actually increased their number of employees by 2.38 percent a year while for-profit jobs declined at an annualized rate of 2.2 percent. So not only has the nonprofit world been a faster growth engine than the for-profit world but nonprofits have also been steadier creators of jobs in good times and bad.

Preliminary analysis of the 2008-09 recession shows similar results. The John Hopkins Center for Civil Society Studies’ initial analysis of data on 21 states shows that nonprofit employment grew by 2.5 percent per year between the second quarter of 2007 and the second quarter of 2009, the worst part of the recent recession. By contrast, for-profit employment in these states fell during this same period by an average of 3.3 percent per year. And that pattern held for every state examined.

None of this is meant to suggest that the best path to widespread employment is through nonprofit jobs. Instead, it is critical that we recognize that both nonprofits and for-profits create both financial value and social value. The idea that we must make a choice between philanthropy and creating jobs is categorically false.

When a for-profit company operates, it creates financial value by spending its financial resources to employ people and acquire goods and services from other companies. This financial value helps expand the economy and advance our standard of living. Any financial surplus generated by the firm is either reinvested into the company or distributed to the company’s owners.

When a nonprofit operates, it creates financial value in a very similar way. It also employs people and acquires goods and services from other companies. This financial value adds to economic growth and advances standards of living in an identical manner to for-profit activity. The only significant difference is that nonprofits reinvest all of their financial surplus back into their organizations.

For-profits and nonprofits produce both social value and financial value. They are both economic entities that create jobs, help grow our economy, and increase our standard of living.

There are important distinctions between for-profits and nonprofits. However, the idea that there is an inherent trade­off between making charitable contributions and supporting job creation and the economy is simply wrong.