Below is the letter that Buffett wrote for the Giving Pledge. Much like Andrew Carnegie’s Gospel of Wealth, this document will likely be looked back on by future historians as the fundamental declaration of Buffett’s beliefs about the importance of philanthropy. 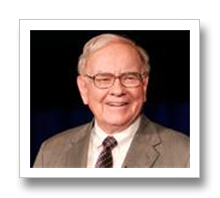 In 2006, I made a commitment to gradually give all of my Berkshire Hathaway stock to philanthropic foundations. I couldn’t be happier with that decision.

Now, Bill and Melinda Gates and I are asking hundreds of rich Americans to pledge at least 50% of their wealth to charity. So I think it is fitting that I reiterate my intentions and explain the thinking that lies behind them.

First, my pledge: More than 99% of my wealth will go to philanthropy during my lifetime or at death. Measured by dollars, this commitment is large. In a comparative sense, though, many individuals give more to others every day.

Millions of people who regularly contribute to churches, schools, and other organizations thereby relinquish the use of funds that would otherwise benefit their own families. The dollars these people drop into a collection plate or give to United Way mean forgone movies, dinners out, or other personal pleasures. In contrast, my family and I will give up nothing we need or want by fulfilling this 99% pledge.

Moreover, this pledge does not leave me contributing the most precious asset, which is time. Many people, including — I’m proud to say — my three children, give extensively of their own time and talents to help others. Gifts of this kind often prove far more valuable than money. A struggling child, befriended and nurtured by a caring mentor, receives a gift whose value far exceeds what can be bestowed by a check. My sister, Doris, extends significant person-to-person help daily. I’ve done little of this.

What I can do, however, is to take a pile of Berkshire Hathaway stock certificates — "claim checks" that when converted to cash can command far-ranging resources — and commit them to benefit others who, through the luck of the draw, have received the short straws in life. To date about 20% of my shares have been distributed (including shares given by my late wife, Susan Buffett). I will continue to annually distribute about 4% of the shares I retain. At the latest, the proceeds from all of my Berkshire shares will be expended for philanthropic purposes by 10 years after my estate is settled. Nothing will go to endowments; I want the money spent on current needs.

This pledge will leave my lifestyle untouched and that of my children as well. They have already received significant sums for their personal use and will receive more in the future. They live comfortable and productive lives. And I will continue to live in a manner that gives me everything that I could possibly want in life.

Some material things make my life more enjoyable; many, however, would not. I like having an expensive private plane, but owning a half-dozen homes would be a burden. Too often, a vast collection of possessions ends up possessing its owner. The asset I most value, aside from health, is interesting, diverse, and long-standing friends.

My wealth has come from a combination of living in America, some lucky genes, and compound interest. Both my children and I won what I call the ovarian lottery. (For starters, the odds against my 1930 birth taking place in the U.S. were at least 30 to 1. My being male and white also removed huge obstacles that a majority of Americans then faced.) My luck was accentuated by my living in a market system that sometimes produces distorted results, though overall it serves our country well. I’ve worked in an economy that rewards someone who saves the lives of others on a battlefield with a medal, rewards a great teacher with thank-you notes from parents, but rewards those who can detect the mispricing of securities with sums reaching into the billions. In short, fate’s distribution of long straws is wildly capricious.

The reaction of my family and me to our extraordinary good fortune is not guilt, but rather gratitude. Were we to use more than 1% of my claim checks on ourselves, neither our happiness nor our well-being would be enhanced. In contrast, that remaining 99% can have a huge effect on the health and welfare of others. That reality sets an obvious course for me and my family: Keep all we can conceivably need and distribute the rest to society, for its needs. My pledge starts us down that course.