Giving it Away Now to Make the Most Difference

This is a guest post by Lenore Hanisch, co-executive director of Quixote Foundation. The Foundation recently announced that they would give away their full endowment by 2017 and launched a website to discuss what they call “spending up”. 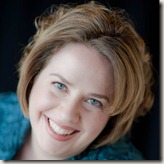 Since Quixote Foundation announced we will spend all of our endowment by 2017, the most frequent question has been “How did you decide ‘against perpetuity’?”  The reality is we didn’t decide against perpetuity at all.  We decided we could generate a more significant perpetual impact if we put all our assets into action now, in lieu of institutional immortality.

Spending up gives Quixote Foundation a chance to respond decisively, with more of our relatively small resources, to opportunities we believe will have a dramatic affect on the future.  For example, from a $15 million endowment, we’ve recently committed $1,000,000 to Media Democracy Fund (MDF), which works with foundations and other donors to protect the public’s rights in the digital age—shaping policies now that will affect every single issue area for years to come.

Rules being written and enforced right now will dictate to what extent the Internet stays open for anyone to access information, communication, education, jobs, goods, and services ranging from health care to government functions.  The Internet has developed into a basic necessity in the digital age, yet powerful companies want to charge high fees for timely, reliable and complete access; and to increase their control over news, commentary and other content.  If industry takes charge of the Internet, the damage to democratic society will be as sharp as if we’d reinstated a poll tax, letting the amount of money in our pockets determine who is, and isn’t, able to participate.

If Quixote Foundation can team up with MDF to play an immediate policy role, strengthen the field of advocates and widen the pool of donors shaping future policy, our legacy will still be growing 20 years from now, with an impact exponentially greater than if we were still around.

Financially speaking, making a $1 million commitment certainly helps show Quixote Foundation the door, but we believe it’s a door leading into, not out of, our purpose as a foundation.  If current media and communication policy decisions are wise, we’ll avoid enormous human and financial costs and create a platform for increased fairness in perpetuity.

Another frequent query is what my husband Erik (whose father founded QF), myself, and the Quixote Foundation staff plan to do after 2017. The transition will be a challenge, but Erik and I have always been clear in our belief that the foundation and its assets exist for the purpose of progressive work—not to give us purpose. This field can be seductive: when you’re associated with a foundation you’re suddenly always funny and interesting, with people eager to hear your opinions. When the money is gone I’ll not only need a new job, I’ll also be left out of quite a few parties and someday, someone might even admit they don’t like me. In other words, spending everything puts us in a fairly normal situation as far as our jobs are concerned. Lots of people rely on a professional association for a certain part of their personal influence, and when that position changes they have to adapt. And how many of us truly know where we’ll be in six years?

The more unusual and far more powerful aspect of spending everything is being able to work toward extraordinary success on a known timeline. Everyone involved with Quixote Foundation is energized by that. The philanthropy jargon “limited lifetime” isn’t in our vocabulary. For us, spending up is a once in a lifetime opportunity, and the impact of what we do now will be revealing itself for the rest of our lives.

We’d love to see it become routine for foundation leaders to take a fresh, strategic look at possible spending models:

No matter what spending choices you ultimately make, we’ve found immense value in asking these questions.