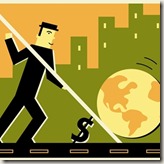 In the wake of the Japanese disaster, charity rating organization GiveWell is demonstrating how impact focused transparency can be effective for foundations.

Ever since the Japanese earthquake, GiveWell has be posting information for donors interested in making a donation in reaction to the disaster. See links here, here, here, here, here and here. The posts are in depth, highly informed analysis with actionable takeaways. The posts explore the complex nature of the disaster and look at the unique characteristics of the specific event rather than offering general disaster response advice.

GiveWell’s advice moves money. The money given to the charities they suggest through their website represents only a minority of the money they actually influence.

So here’s my question. Why is GiveWell, on an annual operating budget of $350,000 leading the way with this advice? According to GiveWell, they’ve assigned one staff person who has spent about 40 hours on this project. Yet their work has been highlighted in the New York Times.

It isn’t as if large foundations have not also analyzed the Japanese situation. The Gates Foundation, for instance, made a $1 million grant to Mercy Corps in response to the disaster. Why doesn’t Gates invest 40 hours from one staff member in explaining their rationale? GiveWell is baffled as well:

“The situation in Japan is confusing to donors, and the Gates Foundation is better positioned than individuals (and better positioned than we are) to sort through the confusions. If it posted a substantive explanation of its grant – and answers to the natural questions this grant raises – it could be a great help to individual donors, who have given over $161 million (U.S. donors only) to the relief effort.”

If the Gates Foundation produced the sort of public analysis that GiveWell has, I would guess that they would influence other donations that would total more than the $1 million that they gave. Certainly the New York Times article would have included their thinking on the topic.

My point is not to pick on the Gates Foundation. No major foundation to my knowledge consistently produces public information explaining the rationale behind their donations as a way to influence other donors and enhance the impact of the foundation. I’m not even aware of one instance in which a foundation has followed this strategy (please email me details if you know of an example). [Update: I meant any large, staffed foundation. I work with and am aware of a number of smaller foundations that utilize this strategy. But by virtue of their public presence, larger foundations have more opportunity for their ideas to reach other donors.]

The opportunity here is huge. Foundation giving makes up just 13% if US charitable giving. If you believe, as I would assume most foundations do, that their philanthropic knowledge is their key value rather than their raw capital, than the best way to leverage that value is by sharing it as a way of influencing more capital.

Having a lot of money doesn’t make you a great philanthropist nor a great investor. Knowing what to do with your money is the key to being a great philanthropist or great investor. Figuring out how to leverage your knowledge against the largest pool of capital possible is the key to being the best possible philanthropist or investor. Leveraging knowledge against the largest pool of capital possibly is exactly the approach Warren Buffett used to become the best possible investor he come become. Who is going to figure out how to apply this approach in philanthropy?