This is a guest post by Eugene Eric Kim of Blue Oxen Associates. Eugene works with organizations to help them develop collaborative strategies. His past clients include NASA and the Wikimedia Foundation. 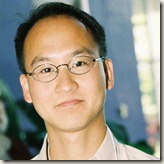 I couldn’t think of any. So I started doing some research. I still came up empty.

The basic premise underlying collective intelligence is simple. Sometimes, somehow, groups exhibit intelligence that far exceeds the sum of its parts. Ants are a great example of this. Individually, ants are – quite frankly – dumb. They do three things well:

In isolation, this list is not impressive. But in collaboration with others, ants do amazing things. They build ant hills. They form ant rafts. There are no heroic leaders in ant colonies. Leadership is distributed. All ants are both leaders and followers. And because of these properties, ants, collectively, are highly adaptive, and their intelligence scales. When you add more ants, the system gets even smarter.

A little bit of collective intelligence is not enough. We need a whole lot of it.

The problem is that it’s hard for humans to act like ants, because unlike ants humans are smart individually. Perhaps smarter than is good for us. The way we like to attack problems is exactly the opposite of how ants attack problems. We like to centralize control. We like to understand problems to completion – or at least pretend we do – before attempting to address them. This is exactly the opposite of what we need to do to be successful.

By definition, a collectively intelligent system should be too complex for a single person or even a subset of the group to fully comprehend. Otherwise, the system would only be as smarter as that single person, which is to say, not smart enough. If we truly want to harness collective intelligence, we need to get over this idea that we need to fully understand the problem before we can act. That’s neither possible nor desirable.

I don’t need to rant about how slowly foundations move, or how they’re afraid to fail, or how they seem fixated on control and understanding at the expense of action. Foundations are experts at saying these things about themselves. The question is how can foundations start shifting their culture so that they can become better at both catalyzing collectively intelligent systems and behaving more collectively intelligent themselves? I think there are three ways to start.

First, most foundations need to stop thinking of themselves as funders. Giving money away is a valuable tool, but it’s not a high-leverage tool for solving the world’s most complex social challenge. Foundations don’t have enough of it, and there aren’t market mechanisms for leveraging it effectively. Foundations are fantastic at doing research and getting in the middle of systems, but they don’t leverage this expertise effectively. I think part of it is because they self-identify too strongly as funders. They need to think of themselves as movers of knowledge instead of movers of money.

This leads into the second thing foundations can do: Give knowledge away aggressively. The great thing about giving away knowledge is that, unlike money, it’s an abundant, accumulating resource. The more you give away, the more the world has, and you can give it away as often as you like.

Third, be courageous. I love what Sean wrote on this topic:

"The lack of external pressures, which gives philanthropy great freedoms, also requires us to draw on inner determination and discipline to achieve results."

In the face of structural resistance, change requires courage. "Courage" is a word that’s not used enough in philanthropy. I think that’s a shame, because we need much more of it in philanthropy and in the world. People need to acknowledge this, and they need to draw on it. The world is depending on it.