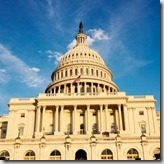 The Social Innovation Fund and the proposed Pay For Success program both depend on strong “intermediaries” to work. With the Social Innovation Fund, the government is providing funds to grantmaking organizations, which then use the money to support “subgrantees” (direct service nonprofits). In the Pay For Success program, the government would contract with an intermediary organization for the delivery of specific results. The intermediary would attempt to create those results through the funding of direct service nonprofits.

In both of these cases, the government is making the implicit assumption that grantmakers or other professional intermediaries are better positioned to make specific funding decisions. It is a similar assumption that investors make when they put their money into a mutual fund rather than making each investment decision on their own.

This framework is supported by people across the political spectrum and has garnered significant support from large foundations. For instance, both Council on Foundations and Grantmakers for Effective Organizations have successful organized large foundations to help support the Social Innovation Fund.

However, the first two rounds of the Social Innovation Fund application process has seen only one large private foundation step up to take on the critical role of intermediary (the Edna McConnell Clark Foundation).

To be sure, the SIF has seen applications from a number of savvy public grantmakers, such as New Profit, Social Venture Partners, Venture Philanthropy Partners, REDF, the Cleveland Foundation and numerous United Way chapters. But large private foundations pride themselves on their highly developed program expertise, rigorous due diligence of grantees and sophisticated impact tracking efforts. These skills are exactly what the Social Innovation Fund and Pay For Success program require to achieve the best results.

Why then have we seen such an absence of participation from the country’s leading practitioners of sophisticated philanthropy?

One often stated reason is that large private foundations don’t need government funding. But this argument completely misses the point.

The reason to participate as an intermediary in one of the new government programs has nothing to do with receiving funding. It has everything to do with playing a role in redirecting government resources to the most effective programs. Since government funding dwarfs even the Gates Foundation’s annual grantmaking, the opportunity to optimize this flow of resources should be of prime interest to large grantmakers.

Just to put in perspective the degree to which these government funds make private foundation resources look like chump change, if every penny of the Gates Foundation 2010 grant budget had gone to K-12 education, it could have paid for less than one full day of nationwide schooling. In other words, the US government spends more each day on education than the Gates Foundation spends across all their programs each year.

Now I get that private foundations are “private” and have every right to opt out of participating in these sorts of programs. I believe strongly that philanthropy has a very different role to play than government. However, the Pay For Success program and Social Innovation Fund are examples of the government turning to philanthropy for help selecting the most effective programs. I don’t think it cuts it for the large, sophisticated foundations to stick to the sidelines cheering along the process.

Large foundations don’t need to participate in these new programs. But they should. It is the right thing to do and represents one of the most attractive ways for savvy foundations to leverage their program expertise to influence more funds than they ever dreamed possible.