Sean’s Note: As someone who cares deeply about the field of philanthropy, I’ve long tracked the activities of the Hewlett Foundation’s philanthropy program. In recent years, the Gates Foundation has focused more time and attention on their own philanthropy program under the leadership of Darin McKeever. I’ve asked Darin for an overview of his program’s activity. Rather than our typical "guest post" format, this is an in-depth program update by him. Read Part II. 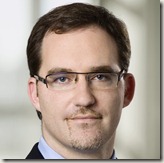 Three years ago I joined the Bill & Melinda Gates Foundation, where I inherited a small, but important grants portfolio called the Charitable Sector Support (CSS) initiative. CSS grants typically supported some of the charitable community’s principal associations and valued research institutions in the U.S. – members of what some call the “infrastructure” for the sector. The effort had been launched in 2004 and, after four years, it was time to step back and consider what the next phase of the work would be.

Describing the Moment
Designing or refreshing a strategy at the foundation first involves developing a perspective on the landscape of opportunities. We research promising or proven efforts, available measures of success and impact, major institutions and thought leaders, and key policy or other drivers for change.

During this phase, we noted several trends that could have dramatic impacts on the sector:

Clarifying the Opportunity
In the next phase, we look for opportunities that align with our mission and board’s interests, leverage our capabilities (e.g., in technology), and have the potential for transformative impact. To accomplish this, we do “deep dives” on several options to explore their potential benefits and risks. We rule out some choices, and consider maintaining other options. We construct a "theory of change" that lays out our assumptions and expectations.

What did we discover or observe?

Landing on a Strategy
Ultimately, our planning resulted in three primary initiatives, summarized as follows:

Policy Advocacy & Research: To foster a policy environment that supports the effective functioning of the charitable sector.

Data, Standards, and Tools for Collaboration & Measuring Impact: To increase the ability of the charitable sector to broadly identify, and direct capital to, the highest impact organizations and activities.

Behavioral Research on Charitable Giving: To generate new evidence on whether higher-quality and more accessible data improve the allocation of capital and increase the amount of funding directed to issues of inequity.

To pursue areas of learning that could inform future grant strategies and to access benefits for foundation employees, we also have a modest budget for memberships, conference sponsorships, and "special initiatives."

In Part II, I’ll delve more deeply into the three primary initiatives, including lessons learned and our accomplishments as well.