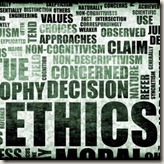 In a speech last fall, outgoing president of the Atlantic Philanthropies Gara LaMarche spoke about “reclaiming the moral life of philanthropy”. In his speech, he discusses the need for a re-invigoration of moral discourse, especially within the effective philanthropy movement.

After discussing the rise of evidence-based philanthropy and noting his own foundation’s support of the effectiveness movement, LaMarche said:

“At times it seems to me as if this movement has strayed too far from why anyone should be concerned about effectiveness at all, from passion about the deep and tenacious societal inequities that move anyone to philanthropy in the first place…

The effectiveness movement is now finding, I believe, that there is no real constituency for effectiveness as such… because it is values that move people to enthusiasm and action, not more sterile concepts of metrics and results.

…I have come to believe we need to re-invigorate our moral discourse.”

I only just read the speech today and was struck by LaMarche’s point ringing so true to me in the wake of my recent post about the practice of effective philanthropy being at its core a process of “learning how to love”.

The effectiveness movement is driven mostly, I think, by people who care deeply about creating a better world, who have deep moral beliefs, but who reject the idea that morality is unconnected to facts. While many people may hold beliefs about, for example, the best way to educate the citizens of a nation, the effectiveness movement contends that those beliefs should be connected to evidence about what actually works and stands ready to change their beliefs should new evidence emerge.

In Mario Morino’s book Leap of Reason, a core example of the effective philanthropy movement’s point of view, he warns that metrics must never trump mission and urges the reader to always ask the question “To what end?”.

It is through Mario’s question that I think rigor and moral clarity can be reconciled in philanthropy. The effective philanthropy movement should be animated by strong moral clarity about ends, about creating a just and meaningful world. But the movement is right to reject the idea that there should be a moral basis to means, that the question of how we create the world we want should be based on pre-conceived beliefs about how we wish the world worked rather than on an evidence-based understanding of how the world actually does work.