Tactical Philanthropy: The Next Chapter 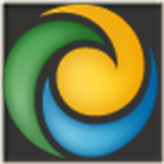 When I launched the Tactical Philanthropy blog in 2006, I never would have guessed where it was going to go. The twists and turns and near “soap opera” quality of the narrative as I’ve chronicled the rolling Second Great Wave of Philanthropy have been fascinating to me and luckily have captured the interest of a fair number of readers.

From 2006-2009, I wrote Tactical Philanthropy as co-founder of Ensemble Capital Management, a wealth management firm that specializes in serving philanthropic families. In 2009, I launched Tactical Philanthropy Advisors to respond to significant interest from prospective clients who wanted to work with us on philanthropic issues, but had pre-existing relationships with wealth advisors and were not potential clients for Ensemble Capital.

So what does this change mean?

I’ll continue to write the Tactical Philanthropy blog from my perch as an executive, co-owner and portfolio manager at Ensemble Capital Management.

A number of Tactical Philanthropy Advisor clients have elected to engage Ensemble Capital for wealth management services and will continue to received philanthropy advisory services. We are winding down our contracts with our other clients and will work closely with them to transition them to whatever service providers they might need.

I’ll continue to appear as a regular public speaker at conferences and events. The speaking I’ve done over the last year from London to San Francisco to Tampa Bay to Toronto has made me realize that I love public speaking. While I can’t accept as many speaking events as I would like, I will continue to accept about one event a month.

To be frank, this announcement is bittersweet for me. On the one hand I, of course, am disappointed that Tactical Philanthropy Advisors is ceasing to exist as a standalone entity. On the other hand, I’m thrilled at the success of Ensemble Capital and am proud of my role in making the philanthropic client group such an important part of the company and a growth engine.

For a long time I thought that wealth managers would emerge as the philanthropic advisor of choice for major donors. Studies from Indiana University suggest that major donors already think of wealth advisors in this way, but I know that most “philanthropic advice” offered by wealth advisors is really just tax planning advice. Not impact focused advice.

With Ensemble Capital, I’ll continue to advise our clients on their philanthropy with an aim to help them have an absolute focus on achieving results.

So what have I learned? Most importantly, I’ve learned that I’m not a gifted salesperson! Building a client base from scratch was extremely difficult for me. The fact is I’d rather spend a day researching, writing, thinking and advising than trying to secure a meeting with a prospective client. One of the untold stories of Tactical Philanthropy Advisors is that before we launched as an independent entity, another philanthropy advisory firm offered to invest a significant sum to become a joint partner. In retrospect, I think accepting that deal was needed to make the company work because I needed the marketing and sales assistance they could have delivered. However, I turned the deal down because it would have disrupted my ability to continue my involvement in Ensemble Capital and so I think in the end, I made the right choice.

I was wrong about a lot of the assumptions I made about the standalone philanthropy advisory services business. But there’s one thing I was right about. As readership of this blog increases, as the mainstream media coverage of philanthropy expands, as the Giving Pledge goes from a fictional idea to a real life group that counts almost 20% of all American billionaires, as MBA students choose social enterprise environments as their preferred career paths, I’m more certain that ever that the Second Great Wave of Philanthropy is alive and well.

At Ensemble we’re moving into new, larger offices and looking to hire more people as we grow. I’m excited about the future and I hope you will continue to be right there with me as we continue to explore the rapidly changing world of philanthropy.

In my last post before launching Tactical Philanthropy Advisors, I wrote the text below. Everything I wrote is as true today as it was then.

“Thanks for reading, commenting, agreeing, disagreeing, making connections, offering to help, spreading the word, tweeting, retweeting, linking and all the other fantastic ways that you have helped co-create this blog with me.

We are at the beginning of a long boom in philanthropy and I’m going to be right here chronicling it as long as anyone is interested in reading what I have to say.

It has been a great adventure. Thanks for joining me in it. Now it is time for the next chapter.”