The Disenchantment of Philanthropy 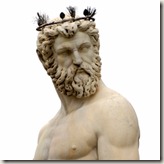 In recent posts I’ve explored the “creative tension” between rigor and moral clarity, described effective philanthropy as a process of “learning how to love”, and published a guest post by Phil Buchanan about the need for passion to animate data driven philanthropy. At the risk having readers keep using the word “mushy” to describe the current narrative, I want to draw a connection between philanthropy and a philosophy book I’ve been reading.

All Things Shining, a new best selling philosophy book (is that an oxymoron?), argues in part that the core human drive is to experience moments of “whooshing up”. Whether found in religion, sporting events or acts of philanthropy, the authors argue that these moments of feeling taken over and connected are the core experience of being human.

The book examines the shift from earlier periods of civilization when humans had no doubt about the meaning of their life, to today’s “disenchanted” period being characterized by a search for meaning.

The Greeks of Homer’s era lived intense and meaningful lives, constantly open to being overwhelmed by the shining presence of the Olympian gods. As happy polytheists, their world was the opposite of our contemporary nihilistic age. How did the West descend from Homer’s enchanted world, filled as it was with wonder and gratitude, to the disenchanted world we now inhabit?

To pose the question this way is to mock the traditional story of the West. At least since Hegel, in the early nineteenth century, the narrative of Western history has been one of progress. We have learned to think of the Enlightenment, or some more recent period, as the pinnacle of this steady advance. The self-sufficiency of freedom, the lucidity of reason, and the security of a world completely explained and controlled: all these indicate history’s advance.

There is, to be sure, a traditional counterstory as well, a story that sees our current disenchanted state as the result of accumulating decline and loss. Nostalgia pervades this counterview: it rejects the contemporary, disenchanted world in favor of an earlier, enchanted age. The burden of standing as one’s own free ground; the arid, ruthless path of reason’s march; the sad inertness of a world explained and controlled: all these indicate history’s decline.

But what if neither story is right? What if the idea that both stories share—that wonder and enchantment have been left behind—is instead a misunderstanding of the contemporary world? What if we haven’t lost the sacred, shining gods, but have simply lost touch with the meanings they offer?

Indeed, both smug celebration of our progress and nostalgic regret at our loss are misguided. The nihilistic burden of our secular age undermines the idea of progress, while the meaningful possibilities on the margins of our secular world cast doubt upon the idea of loss.

I believe that this story and counterstory are at work in philanthropy today. On the one hand we have the “effective philanthropists”, who believe in “the self-sufficiency of freedom, the lucidity of reason, and the security of a world completely explained and controlled.” On the other hand we have a wide range of people uncomfortable with this new narrative, who feel sadness at the prospect of “a world explained and controlled”.

I believe that neither of these narratives are correct. While I believe in the application of logic to solve social problems, I doubt the potential for humans to master the dynamic world in which we live through “theories of change”. On the other hand, while I believe that the ruthless application of logic to philanthropy risks destroying the empathetic urge that animates our field in the first place, I doubt the potential for good intentions to actually turn into good results simply because we wish they would.

I would like to believe that the effective philanthropy movement has not left behind the “wonder and enchantment” that drives humans to universally engage in philanthropy. In Gara LaMarche’s call for us to “re-invigorate our moral discourse” I see a call not for us to return to an earlier time of enchanted philanthropy, but instead to re-examine the meaning of the “sacred, shining gods” – love, empathy, passion, morality – that give rise to acts of philanthropy.

As we look to reconcile these narratives, we must heed the authors of All Things Shining when they warn us that both the “smug celebration of our progress and nostalgic regret at our loss are misguided”.