Paul Brest to Retire From Hewlett 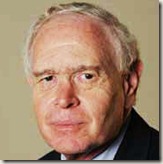 Paul Brest, the president of the Hewlett Foundation and author of Money Well Spent has announced he will be retiring in 2012. Anyone who has read this blog for a while knows that Paul and I don’t see eye to eye on some core principals of philanthropy. However, I think that Paul embodies a number of key characteristics of a model large foundation president. I hope that Hewlett finds a replacement cut from the same cloth and that other large foundations strive to find leaders with similar characteristics.

Paul recognized that foundations should pay just as much attention to the practice of their philanthropy as to the execution of their programs. Paul didn’t just pay lip service to the need for constant refinement of your approach to philanthropy. He funded and personally oversaw the largest, most important philanthropy program at a major foundation. In recent years, the Gates Foundation has ramped up their own philanthropy program. But most all large foundations do not seem to believe that funding the investigation and development of the philanthropic field is their responsibility.

Paul, a former dean of the Stanford Law School, had strongly held convictions about the best approaches to philanthropy. But he relished a good debate and was willing to change or modify his beliefs when he was presented with compelling arguments. The philanthropy blogosphere is full of what superficially passes for debate. But too often it is actually just two different points of view being presented over and over without any give and take or any modification of positions that might suggest the “debaters” are looking to build their understanding of philanthropy rather than simply seeking to win the argument.

Paul celebrated the idea that learning comes from failure. He oversaw the release of Hard Lessons, a major report on a Hewlett Foundation program that went off course. He also created an annual prize at the foundation for the program that made the worst grant each year. Far from trying to embarrass anyone, the worst grant prize is meant to encourage program staff to embrace and learn from their mistakes.

Paul, preparing to retire at age 72, recognized the value of social media to the field of philanthropy. Writing in the 2006 Hewlett annual report, Paul discussed the need and process for creating an online information marketplace for giving. At a time when few foundation professionals even read blogs or tracked social media, Paul took to heart my argument that if he was serious he should launch a blog as a platform for debate. A year later he launched his own blog on the Huffington Post platform and engaged in a level of constructive critique that is rarely heard in public within our field.

On his blog, Paul didn’t just make statements from a soapbox in the way that so many foundation hosted blogs treat the medium as a digital platform for their press releases. Instead, Paul fully understood the conversational aspect of blogging that sets it apart. For instance, Paul took on my arguments that strategic philanthropy is flawed in a multipart back and forth between the two of us. He added his thoughts to debates started by other bloggers. He reviewed important books being released in our field. He highlighted critiques of his book by other bloggers. He criticized as “virtually meaningless” the nonprofit rating system used by Charity Navigator (but in a move highlighting his willingness to update his believes as the evidence changes, he oversaw a grant to Charity Navigator when it sought to improve its rating approach). And he wrote a scathing indictment of the National Committee for Responsible Philanthropy’s position on how to assess foundations even while noting that Hewlett funds NCRP as part of their program to support the infrastructure of the philanthropic sector.

Paul doesn’t just accept the role of debate in building knowledge, he tolerates and encourages debate within his foundation’s own ranks. While I found his public sparing with me online and at conferences remarkable, I just about fell out of my chair when I read Letting Go, an article in the Stanford Social Innovation in which a current Hewlett employee made a case essentially at odds with the tenets of strategic philanthropy that Paul laid out in his book. Paul easily could have stopped the employee from publishing the piece, but instead allowed it and continues to engage in the debate publicly.

Paul was such a great large foundation president because he sees himself as a student of philanthropy, not just a teacher. It is easy for an executive who is put in charge of billions of dollars of philanthropic assets to assume that getting the gig must indicate that they are the one who knows what to do. But as I wrote recently, knowledge is a process not a destination.

What the field of philanthropy needs right now are senior leaders who see themselves not as the people who own the knowledge, but instead as student-leaders striving to help our field grapple with the many, many difficult challenges we face.

I wish Paul the best. As I said above, I frequently disagreed with his positions. While sometimes an opponent on means, Paul was a fierce believer in the value of the ends I seek: Building a better philanthropy.