This is a guest post by George McCully, president of the Catalogue for Philanthropy, co-creator of the Massachusetts Philanthropic Directory (MPD), and author of Philanthropy Reconsidered: Private Initiatives—Public Good—Quality of Life. 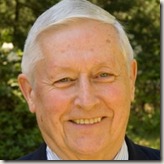 Several recent threads here on Tactical Philanthropy and elsewhere (see here, here and here) – on values and love in philanthropy; on the “blurring of the lines” between government, business and philanthropy; and on the relations between philanthropy and “nonprofits” – have raised questions of fundamental definition.   As such, they express the paradigm-shift that is currently transforming philanthropy, and the fact that the Old Paradigm was dominated by social sciences, to the neglect of philanthropy’s original, value-intensive, tradition.

Paradigm-shifts are not just lots of changes happening at once; they are fundamental and thorough transformations imposed on mature fields from their changed environments.  In the case of philanthropy’s late-20th-century paradigm, the change-agents are technological revolution, economic globalization, and the resulting new demographics of wealth, which are transforming philanthropy’s vocabulary (words), conceptualization (ideas), rhetoric (appeals), infrastructure, and modes of operation.

From its first coinage in Aeschylus’ Prometheus Bound (460 BCE, line 11), and throughout most of its 2,500-year history, “philanthropy” meant “love of humanity” – caring for, nourishing, enhancing, developing what it is to be human, or human potential.   A philosophical dictionary of the Platonic Academy defined “Philanthropía” as: “A state of well-educated habits, stemming from love of humanity… productive of benefit to humans.”  The Greek word was translated by Romans into Latin as simply humanitas – ”humanity”, or “humaneness”.  Thus it was an educational and cultural ideal of self-development, doing good works – the core of the humanities and of our distinctive Western tradition of liberal education.

Lest we think this has nothing to do with us, it was in this sense that Alexander Hamilton, in the first paragraph of the first Federalist Paper, launched the Founders’ argument for ratification of our Constitution by noting that “It is commonly remarked” that Americans were at a new place in history, in which for the first time they could design their own government, for the betterment of mankind.  “This” he said “adds the inducements of philanthropy to those of patriotism.”  He was not talking about rich people helping poor people, or “giving back”; he was saying that the United States of America was intended to be a philanthropic nation, a gift to mankind, to improve the human condition.  To be “philanthropic” in this Classical sense was therefore, and still is today, quintessentially American—adding, as it were, the inducements of patriotism to those of philanthropy.

“The inducements of philanthropy” — an arresting phrase.  Yet by the close of the 20th century, under the presidency of social sciences over our field, the profound idea that education and culture express a love of what it is to be human, had lost all power of inducement.  The word itself was hardly ever used, and when we launched the Massachusetts Catalogue for Philanthropy Project in 1997, we were advised not to call it that, because it was pompous, pedantic, and meaningless (our advisors preferred “Catalog for Giving”).  This is how great ideas die — in this case arguably one of the greatest, most profound and influential, ideas in the history of Western thought.

Now fifteen years later, thanks to the popular media’s fascination with “celebrity philanthropy”, and certain prominent initiatives using the word, like the classically American Gates-Buffett Giving Pledge, it has re-entered our vernacular, even in commercial movies and television.  Of course people still don’t know what it means.

But that’s the faculty’s (i.e. our) fault, not the students’, and it impedes our productivity, so we have a teaching job to do — starting with ourselves, as in the discussion threads noted above.

A high priority is to expunge from our vocabulary the useless, negative, and factually incorrect word “nonprofit”; preferable alternatives are “philanthropies” or “charities” (in law they are all “charitable corporations”).  “Nonprofit” is a meaningless term outside the tax code and related state laws of incorporation, because those organizations have nothing else in common.  Moreover, the MPD found that fewer than 10% of “nonprofits” are authentic philanthropies.

It would also strengthen our culture of philanthropy to integrate the late-20th-century social-scientific understanding with the original and long-authoritative humane tradition.  Philanthropy is “private initiatives for public good (the social-science procedural emphasis), focusing on quality of life” (the value-intensive humanistic tradition).  This clearly distinguishes it from business —  “private initiatives for private good (i.e., profit), focusing on material prosperity”, and government — “public initiatives for public good, focusing on law and order”.  With these definitions the “lines” are not “blurred”, though the activities may be (increasingly, we hope) combined.