Reader Suggestions for Next Hewlett President 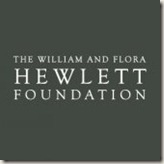 Paul Brest, president of the Hewlett Foundation, comments on my post yesterday:

“I am not taking any part in the search for my successor as president of the Hewlett Foundation, but if I were on the Foundation’s search committee I would welcome ideas from readers of Sean’s blog.”

Below is the list of people suggested by the Tactical Philanthropy community as potential successors to Paul Brest. Given the number of emails I got from readers (I’m intrigued that not a single person made a public suggestion via a comment, but instead most emails reiterated the importance of anonymity), I’ve listed those people who were suggested by at least two different readers. If your suggestion didn’t make the list or if you have yet to make your suggestion, leave your thoughts as a comment to this post.

So here we go…

Jeff Bradach: Jeff is co-founder and managing partner of the Bridgespan Group, a nonprofit consulting firm well know for their work with foundations and philanthropists.

Phil Buchanan: Phil is the president of the Center for Effective Philanthropy, a leading research organization focused on providing information to help improve the effectiveness of foundations.

Jim Canales: Jim is the president of the James Irvine Foundation and is well known for pushing the philanthropic field to be more transparent.

Jed Emerson: Jed has played many roles in philanthropy and impact investing. He has worked in the past at the Hewlett Foundation and is well known to most readers of this blog.

Katherine Fulton: Katherine of president of the Monitor Institute, a consulting firm and think tank focused on working with organizations seeking to achieve social impact.

Paul Grogan: Paul is president of the Boston Foundation where he has a led a shift at the foundation to focus on making unrestricted, general operating support grants.

Michael Kaiser: Michael is the president of the Kennedy Center for the Performing Arts. Before entering the social sector, Michael founded a strategic planning firm that worked with large corporations.

Grant Oliphant: Grant is the president of the Pittsburgh Foundation. Grant is outspoken, shows up regularly in blogs, video chats and other public venues and has a history of supporting philanthropic infrastructure.

Sonal Shah: Sonal was the first head of the Office of Social Innovation at the White House. Prior to working there, she was head of global development initiatives at Google. Sonal recently left her position at OSI.

Paul Shoemaker: Paul is the public face of the Social Venture Partners movement and has been deeply involved in many initiatives to advance the field of philanthropy.

Nancy Roob: Nancy is the president of the Edna McConnell Clark Foundation, a foundation known as a leading practitioner of evidence-based grantmaking and the recipient of the largest grant from the Social Innovation Fund.

Bob Ross: Bob is the president of the California Endowment… and he has a blog!

Albert Ruesga: Albert is the president of the Greater New Orleans Foundation and is well known to philanthropy blog readers as the author of the White Courtesy Telephone blog.

Fay Twersky: Fay recently joined the Hewlett Foundation as a senior fellow who “will work with President Paul Brest and the Foundation’s program teams to refine and consolidate the Foundation’s efforts to measure the progress and effectiveness of its grant portfolios… [and] will spend some of her time writing and offering reflections to the field on issues facing both nonprofit and philanthropic institutions.” Previous to joining Hewlett, she was at the Gates Foundation designing and developing their Impact Planning & Improvement division. According to Paul Brest, “Fay Twersky is simply one of the most knowledgeable and strategic thinkers in the field of philanthropy.”

Al Gore: This one only got one mention. But I add it in because it is oddly appropriate. Vice-president Gore has been out of politics for some time and focused on environmental issues (a core program for Hewlett). In the age of the Giving Pledge, might taking over the presidency of a multi-billion dollar foundation be a new role of choice for ex-global leaders?

I think this is a fascinating list. It is far from exhaustive, but certainly seems to line up well with the list of characteristics I said I was hoping to see in Hewlett’s next president.

I hope you will consider adding more suggestions to this list or adding your thoughts to those who have been named in the comments section.